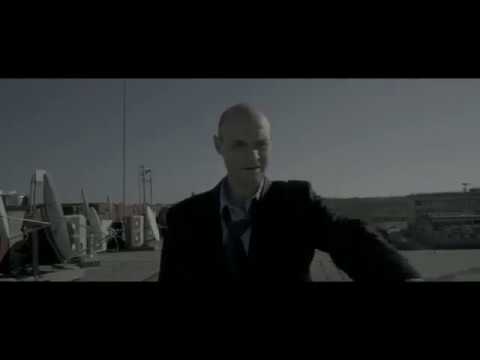 The FAZ, FINANCIAL AUTONOMOUS ZONE is an alternative economic system based on abundance rather than scarcity.

It was developped some years ago as “analogic” when cryptocurrencies were not in existence. We think it still can works as it is but it relies too much on centralistic assets (banks, governments) so in these times we’re trying to convert it into “digital” using cryptocurrencies. But we think our theoric model is still valid, so for this reason we wish to share it with you.

Our model in terms of macroeconomics it’s a keynesian virtuous circle of demand and offer. What it means? The model si based on a currency that progressively decays in value, as described by the economist Silvius Gesell. That can be done applying on it a sort of taxation (demurrage) or applying to the currency an expiration. We need a currency that decays because we need to increase exponetially the monetary mass without risks of hyperinflation. The currency units that expire during a period are cut off the monetary mass and so this can be increased with new issuance of them. With this currency that decays is funded, through loans without interest, each communty member that want to create a project which increases the community wealth. For each sum loaned is issued an equal sum for basic income distributed to all community members.

A cryptocoin that’s based on demurrage is the FREICOIN http://freico.in/
A cryptocoin that’s based on basic income is DUNITER…
Merging these two cryptocoins we think we can create a really sustainable economic system that creates wealth through free loans and redistribute it through basic income. Imho we’re very near to make real the FAZ conversion to “digital”… Infact, because you solved the sybil attack through Web of Trusts, identyfing single individuals that will receive basic income without creating a central entity, so in a similar way we think that could possible to use your approach to make loans without a central authority.

Unfortunately we’re only theorists and not coders, so we need your help!

I’m going to read again the Relative Theory of Money

Unfortunately we’re only theorists and not coders, so we need your help!

Join Italian software developpers and discuss whith them about Duniter. It is the best option for you.

I also can speak english

Unfortunately we also need coders to improve the duniter project.
They are too few for all the work still to be done.

I also can speak english

Please note that Duniter already has kind of “demurrage” if you look at the money relatively to the universal dividend. So there is no “hyperinflation” in Duniter, at all. For more information, you can check cuckooland “The Relative Theory of Money in color” page : http://cuckooland.free.fr/TheRtmInColor.html

I just wanted to precise that

For everything else, I guess that Ǧaluel is right. We are already so busy with Duniter and developing in correctly that we won’t have time to help you. The best you could do is to talk about it in Italia, and motivate contributors to help Duniter and/or your abundance economy project.

Actually Duniter/OpenUDC is the model more similar to FAZ. That’s why we’re interested in it! I’m very afraid that in this forum it’s not possibie to discuss an enhancement of your model because you’re too busy in developping your roadmap.

@Galuel In Italy we have a cryptocoins’ workgroup that started from the publication of a collective book called “La Moneta del Comune” (Commons currency) http://www.deriveapprodi.org/2015/10/moneta-comune/ in which there’s also out theoretical contribute on FAZ model, but unfortunately it’s devoted to the development of a local model based onf Faircoin.

@Inso It’s great that Duniter has a demurrage! So FAZ is really similar to Duniter. May you address me in what part of the RTM is described the demurrage applied on issuance on money?

Another issue we wish to discover is how to estabilishing a cryptocurrency lending system inside Duniter.

During the IV International Conference on Social and Complementary Currencies that will be helded in Barcelona, Spain on May 2017, we’ll have a presentation of FAZ. At Parc Tecnològic Nou Barris in Barcelona there will be an Hackaton related to the Conference and we’ll try to apply for an atelier where to develop the FAZ model.

We need a currency that decays because we need to increase exponetially the monetary mass without risks of hyperinflation.

This is exactly what Duniter is doing. Although there is no “tax” in Duniter, the periodic equal distribution to all members of a Universal Dividend in proportion to the current total monetary mass is a form of demurrage, because a unit of money loses value over time (independently of other factors of course) since there is exponentially more of them.

To give an example (with a lot of approximations, just meaning to give orders of magnitude here), imagine an extreme case of 1000 people, 999 of them each own 1 currency unit and 1 of them owns 1001 units by himself (you could say that’s pretty much where we are in the world right now…). That’s a total of 2000 units in circulation and this last guy is incredibly rich compared to the others in that currency since he owns by himself roughly 50% of the total units in circulation.

After a year, the number of units increases by 10% (that’s 200), and every single member, including the “rich” one, receives 0.2 units. His fortune didn’t change much (roughly 0.02% increase) but all every other member has seen his own share growing from 1 to 1.2, that’s a 20% increase. And as the number of units has grown by 10%, you can say that everyone has seen a 10% increase in their “account” except for the richest one who has seen an almost 10% decrease of the value of his holdings. So in a sense, the “rich” has “paid” a “tax” to the “poor”, without even realizing it!

After 40 years, the difference is 1090 for the rich person, and every single other member has 90. That one person initially owning roughly 50% of the total money mass now owns roughly 1.2% of it. How is that to brush out inequalities.

2 of our members of the free currency will be present at this conference in Barcelona.
Maybe this 2 ladys be happy to meet you.

@Inso It’s great that Duniter has a demurrage! So FAZ is really similar to Duniter. May you address me in what part of the RTM is described the demurrage applied on issuance on money?

inso spoke about “kind of demurrage” that is not a demurrage in fact.

The best for you to understand this in the RTM is to read this chapter (that needs to study what is before) and also by studying Tathoo video about the Galileo Module where is shows with an example the equivalence RTM Theorem between UD and Taxes (demurrage), so without any need to tax.

Where in Italy. I’m on the boarder in Menton