Hello everyone, I’m the same JBitD as this YouTube channel, which
I can verify with this photo, since the site’s name is on the same instrument as in the videos I’ve uploaded. 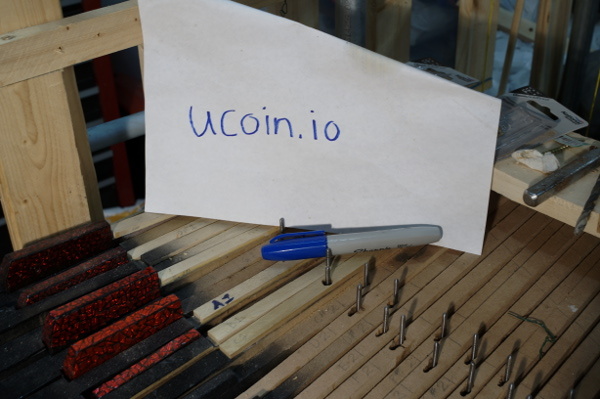 I have an H8QME-2+ quad socket processor which was a minecraft server for a short time, but it was very laggy and took a few seconds to even place a block so I shut it off and it’s been doing nothing for months. But I’m interested to see how this project will develop so I decided to turn it into a node, and now that some bugs are fixed I can see it in the client!

Here are some photos of the very messy setup. 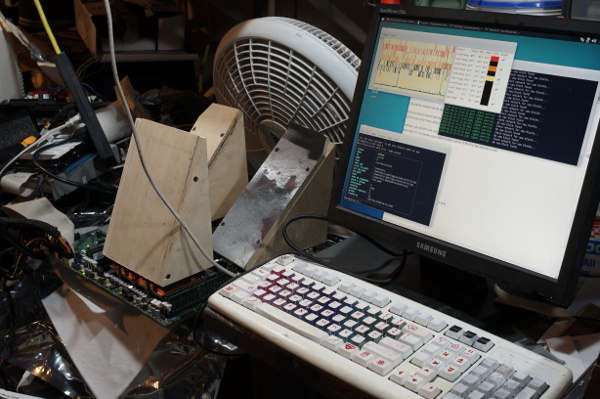 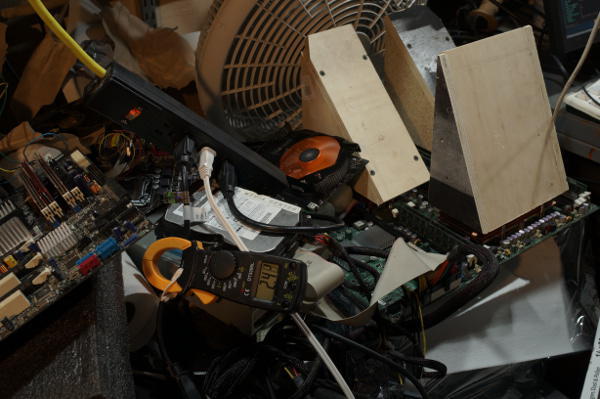 With the shrouds removed for a moment 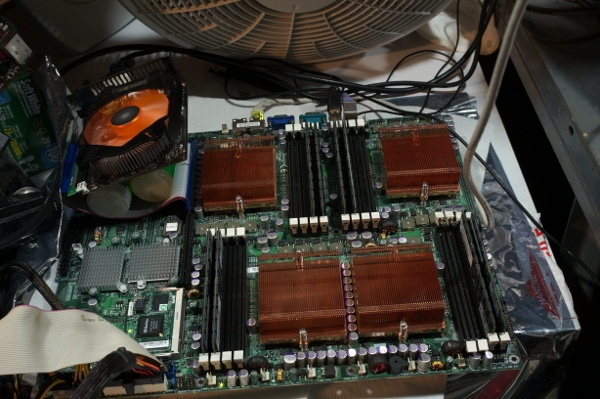 I hope there is something in place to prevent 51% attack because if the other 5 nodes are desktops then this probably equals their power if I were mining. Right now it has dual core processors but they can be upgraded to 6 core. These used servers are still being sold on ebay with 16GB ram, AMD 8216 2.4GHz CPU with heatsinks just like I have for $99. Of course they were made in 2006 and who knows how long they’ve been on in a hot data center so it could die at any moment, but you can get a lot of processing power for very little money this way.

It would be nice to see what other setups look like.

Have a good day.

I was wondering who was the new node on the network, it seems to be you!

About the computing power, you probably have as much power here as the whole network, if not more. But uCoin protocol was thought in a way that this isn’t a real problem: you have a personalized difficulty, just like any other member.

So, if your node were a member, and reached to write next block (it is easy right now), then mining next block would cost you 16¹ more time to do the same (because we would be 4 people mining). If we were 6, it would cost you 16² times more computing power to mine in a first place, then 16¹ when other people have mined before you.

The more people are mining, the more you have to wait before your handicap is gone.

That being said, I do not see your identity on any server

It does say Account : JBitD in the client, and it’s the same public key as the node, I thought it didn’t show the UID on the network tab because I’m not a member, every other node that isn’t a member doesn’t have a UID either.

I’m glad there are personal difficulty levels, except that it seems like a waste of power. If only the hashrate could be limited by timed interrupts so the computer only hases for a few milliseconds before pausing, with the wait proportional to the max hashrate of the computer compared to the network’s total possible hashrate (which would require an offline test to determine the computer’s max hashrate). It would be like pulse width modulation and would limit the amount of electricity used, but there must be a problem with this or Bitcoin would already be doing it. I suppose the other option would be to have the processor’s clock speed slowed down so it does the math more slowly to not have more power than the other miners, but it can only be slowed so much before being unstable. And there would need to be load balancing algorithms, otherwise the hashrates of each machine could wildly oscillate if any one could overpower the network, the work would have to be evenly divided by some code.

Did you follow those tutorials Cutecoin install and Cutecoin getting started tutorial?

I followed the getting started tutorial and used that salt and pass on the server so it’s public key and mine in CuteCoin match. After updating CuteCoin to 0.9.3 the only node on the network tab is cgeek, the other nodes were grey in the previous version, so maybe this version only shows up to date nodes of members? I don’t have enough certs to know if that’s how it works.

There is a network issue since 2 days, I hope to fix it in few hours.

JBitD, I still can’t find you with the WoT tab of CuteCoin and on http://maelstro.me:6666/wot/lookup/jBitD. Did you post you identity with CuteCoin?

I now see him in Cutecoin:

Well that’s good news but I don’t know why it happened. I tried removing and adding the community a few days ago and it never asked if I wanted to publish my key again, so the community always knew it and it just didn’t show up for no reason. I’d be worried it would happen to someone else if the cause it unknown, but every new uid can be seen right away so it must have just been some random bug that’s gone.

Could you update your node to the last version of uCoin?

It has been updated, everyone is on the latest block except for you and vincentux which is strange.

Also, it’s funny that nearly everyone knows how to set a domain as an address and host a web server at it, even though it’s not in the wiki. My site is the default apache page while i’m trying to get mod_wsgi and django to work.

Yep, there is some issue right now to avoid node forks.

You could add your domain name using this command:

For instance, on my node:

Then you need to reload the configuration restarting ucoin daemon: