Of course we have more mirrors than actual members running their node, yet I like to see such a synchronous melody. 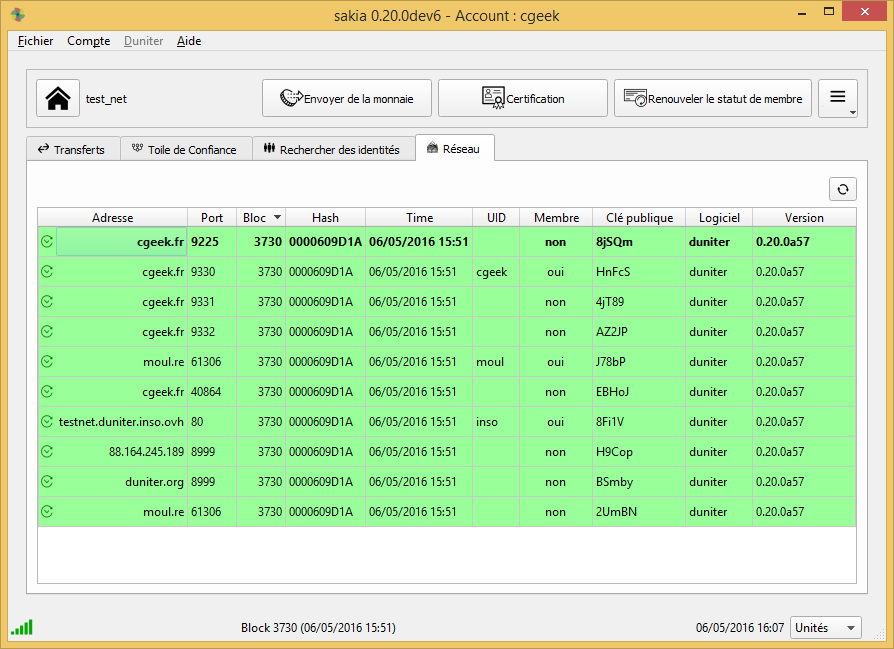 A little update: this is what TestNet looks like today: 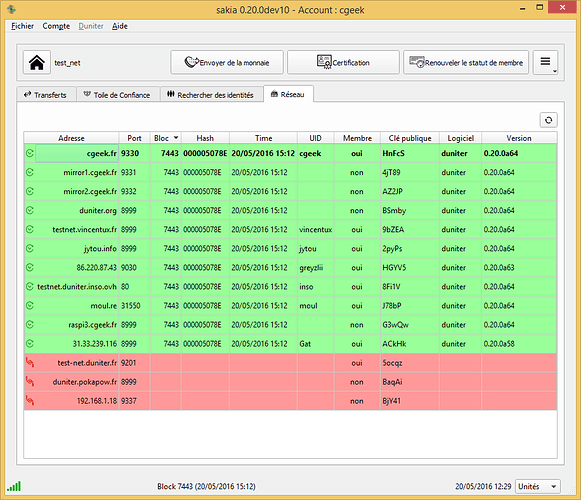 Things are going the good way

Also, this is a good moment to show you the associated difficulty graph: 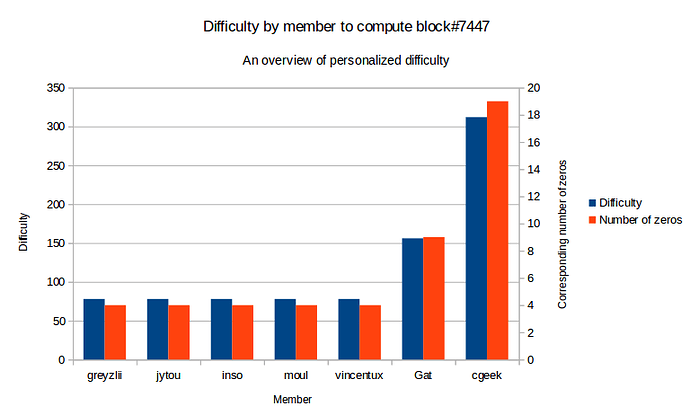 Here are some keys to decode this graph:

This is a mechanism to always have the same speed of calculation for a block, on average.

You can see on this graph that the personalized difficulty of 5 of these members equals to 78: greyzlii, jytou, inso, moul and vincentux.

You can also see that the personalized difficulty of Gat equals to 156, and cgeek equals to 312. This is the rotation mechanism.

Considering this observations, and with the Duniter rules in mind, I can say that:

Also, I understand that if one of [greyzlii, jytou, inso, moul, vincentux] succeeds to compute block #7447, then Gat will come back to common difficulty 78, cgeek will decrease to difficulty 156, and the succeeding member will have difficulty 312.

This is how rotation works.