Hi there ! I’ll try to be short

I’m Bruno, also known as Spyou or Turblog on twitter (damn nick theft ^^). Got a blog on http://blog.spyou.org/

I’m involved in various profit AND non profit groups, mainly around internet subject, building networks and services for & with people. I spend most of my time on SCANI (http://www.scani.fr/).

I’ve also been following developments and played with various cryptocurrency (bitcoin, nxt, ethererum, ucoin, …) and made some articles and conference about them.

In the last few months, i’ve been also working with a local group on building a “traditionnal” complement currencie that is now known as Cagnole. (http://yonnelautre.fr/spip.php?article11863)

Despite a critical lack of spare time, i really would like to work, in the future, on the various aspects of making free and local currencies working together and help wide adoption of the weboftrust principles (not only on currencies matter)

People that i’ve already met are free to cert my Ğ1 identity : CGnyAAKDSKDp5KUTCxd1mGp6Vp5SjH5TgSxA8GBdCioz 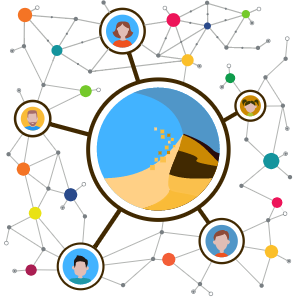