Hi there !
Sorry cgeek, I have a proposition (again !).

The idea behind WoT is to create an auto-regulated system able to identify members of the monetary system.
To make ot work, somes rules are implemented as max steps between members and maximum number of certifications that a member can issue.

Thses rules accept « static » parameters as « 3 steps max ».
It’s good enough to build communities but I suggest to use dynamic parameters in function of total members in the Wot.

So, rather than using a static parameter, we could set up a minValue and a maxValue for each parameter and calculate the currentValue in function of total members.

I’m not mathematician but It seems to me that logistic function could help. 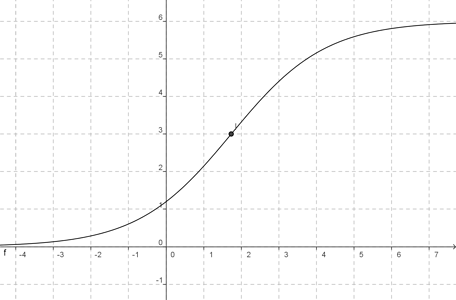 What do you think about this ?
What amount of work would be needed to implement this feature ?

It can be a good idea. But without a deep thought about the properties of WoT(x,t,ev), and some simulations that can reveal important information, you should avoid to develop ideas only based on intuition and so, keep the simplest way to do it.

Things that work usually depends of both deep thought and many experiences (think about history of aviation ).

Yes that’s interesting, we already have a dynamic parameter concerning selection of the control points (individuals) for the distance rule. There is an $Y(N)$ function.

We will probably have dynamic rules for technical concerns like block size, which has to get some limits but we won’t use Bitcoin 1MB static limit, but rather a dynamic limit like Arcurus mentionned.

I’ve also thought about a discrete function for distance rule like “if we are below 10 members distance has to be 1”, but finally I won’t include it in a first place for lack of digging this subject, which does not seem that easy to decide.

keep the simplest way to do it

Hmm… You conviced me ! We need to experiment a simple version of the WoT before designing a complex one.
Thanks !